I’m very happy to announce that Comedy, Food, Sports has joined us.

We’ll kick it off Tuesday at 2pm with their most recent episode featuring Anthony Cumia the Anthony formerly of Opie and Anthony.

As part of our mission, we are trying to bring you DIFFERENT programming.  If you’d like to visit 30 NFL Camps in 30 days there’s another outlet that will do that for you and they do it quite well.   Here, we aim to be alternative, and we accidentally added two sets of jerks.

We like the jerks.  It just struck us as funny when we were updating the website that both new shows have jerks in the title.  So let’s meet the jerks. 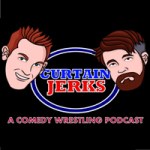 Curtain Jerks is a comedy wrestling podcast featuring interviews with pro wrestlers including Heath Slater, J.J. Dillon, and John Morrison, hilarious sketches, and a funny take on this week in wrestling. Hosted by comedians Scott Narver and Steve Sears. 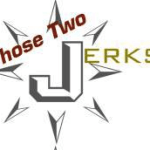 “Those Two Jerks” is our first “mash-up” hosted by Tom Alexander and Ric Susman is the heartwarming tale of two jerks complaining about comic books, movies, geek stuff, sports, current events and society in general.  If you’ve listened to AST you’ve heard the promo for us looking for shows that combine sports and popular culture.  Well here you go.

Both shows will be shuffled throughout the day for maximum sampling.  Tune in on TuneIn and be sure to give us a follow.

You can listen to Alternative Sports Talk here via TuneIn. 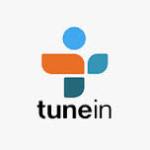 Looking for some Sports* podcasts

We’re not looking for the “next” anyone.

We’re looking for the first YOU.

If you are crazy talented and under-appreciated we’d love to hear from you.

We’re looking for some sports-related podcasts. We could use a soccer podcast yesterday.  Hockey.  MMA.  WWE (shhhh, we know, don’t tell the others).  Baseball.  Football.  Hockey.  Sports Business.  Fantasy.  The Sports We Forgot to list.

We’re thinking about starting “Hockey and Movies” or maybe “Comic Books and Baseball.”   If you’re the host of “Soccer and Star Wars” stop reading and contact me now.

We’ll run your podcast as an affiliate.  You keep doing what you’re doing, and we’ll add some spins of your podcast to our schedule…like radio.

Some folks can’t be bothered or may not even understand how to subscribe to a podcast.  This isn’t podcasting, this is radio.  They tune in, and something cool is on.  Be the cool.

On your end, your “Soccer and Star Wars” podcast may be getting lost in the shuffle.

Here, as part of Alternative Sports Talk, you’ll be one of the people at the cool party.  And the cool party brings more cool people.

What’s all this then? 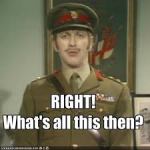 As I mentioned in the first post, the Behind The Scenes part of this site will be casual.

I updated my LinkedIn, got lots of congratulations (thank you) and now you’re probably wondering what this is all about.

Well…the mission statement is on the About Page, but right now I am building an Alternative Sports Talk station.  I’ll have the distribution information for you shortly (this week) and we’ll have an Alpha up soon after.

During my development of Comedy Central Radio I wouldn’t let anyone use the term Beta, because Betas get judged.  I’m going to do the same here.  Alpha.

We’ll have an Alpha audio feed up, and you can eavesdrop if you’d like.  I’ll be tinkering-live.  By no means will I say by Friday, “Here is the greatest thing ever!”  It’s a building process, and as part of that process is chicken and egg.  Some folks have taken a leap of faith with me off my reputation.  Others don’t know me, so I want to be able to show them something.  Thus, we’ll start kicking the needles and build from there.

Ten years ago when we built the comedy channels at SiriusXM, Jeremy Coleman said it was like a cake.  First you build the foundation. Later we add the icing. In that SXM case it was loading comedy clips (we had only 15 hours in the system the day I was hired.)  In this case, it’s some audio.

Yes I kept the generic “Hello world!” default headline.  And yes I know how to change it.

I thought I would keep things light on this section of the webpage.

This project is based on the belief that things can be done differently, and I am doing it from a MacBook while sitting next to my pool.

More updates to come, as soon as we plug in the “transmitter.”  Stand by!